10 Famous Company Logos & Their Messages backing them up 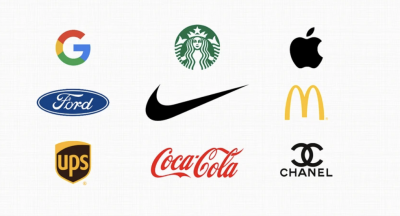 Everyday we see a lot of logos whether in the outdoor or in our homes. We come across many of the famous logos that we have known for years and that we can identify even by the color sometimes. However, we never get to know what was the secret behind this logo. Some logos have become part of our culture. Graphic designers and marketing executives or anyone who made up a logo is definitely inspired by some story or trying to convey a certain essay to the market. let us identify the Hidden messages behind some of the well known logos.

Everyone in the world is almost aware of the logo and of Adidas that many counterfeits have been released in many markets trying to copy the brand and its logo. The message behind the logo is the that three strip logo has been created in 1976 and the three strips were created to be just identified and unique. However, in the nineties, the logo has went to have he three stripes but to be in diagonal shape. This is to convey the message of “ conquering the mountains”. The mountain is the struggles that the athletes  have to face in order that they achieve their greatness.

Amazon has more than 1 million purchases that are carried everyday from over the world. The logo of Amazon has been introduced in early 2000 and it was just a smiling face in order to associate the brand with happiness. However, the smile is a shape of arrow of A that starts with the word “ Amazon” to the letter “Z” that is located in the middle of the word. This is to send subliminal message that Amazon sells everything from A to Z.

Although the Apple of the brand is inspired by Issac Newton. The name “ Apple” was actually really chosen because that Steve Jobs liked the way it sounds. However, the debates of the logo that it is an apple with one bite would be that it resembles the apple of the Garden of Eden as if it is the apple of knowledge. However, the logo is apple with a bite to represent the brand’s name which is an apple and the bite is to distinguish it from cherries.

One of the famous cars of the world, The logo is that the company wanted to have colors that show Bavarian free State and this was illegal and so, they have just used the colors in reversed way and the design of the logo is formed in accident.

The designer of the logo was the modern artist “ Salvador Dali” and usually his designs are surrealism and Dadaism as well as cubism. He was the one behind the flower shape and he decided to move it to the top of the lollipop wrapper. Moreover, it will add more interaction and it will be more visible to the customers.

The logo features the letter “D” that is being peeled back like a page in order that to reveal the letter “C” which is acting as a nod to the comics that what has started it all. DC is also always changing the aesthetic appearance in order to match whatever characters or the properties that the company is offering to the market and promoting.

Everyone can see that the logo is a playing piece and it is showing in the name itself. The three dots in the logo is representing the original pizza restaurant and the two first franchise locations that have been opened afterwards. The original plan was to add dots for every franchise that would be opened with the brand. However, considering that there are more than 10,000 locations opened , then the company didn’t move forward with the initial plan and just kept the two dots.

Over the surface of the logo, it would be just the company’s name and it is written in two colors. However, there is a gap between the letter E and X and in the negative place, there is an arrow. The arrow refers that the company is always moving forward. The grey color is for ground, the orange is for express, the red color is for freight and the blue is for critical. The yellow color is for networks.

The logo is having gurgling baby and it is synonym for babies. It was for one of the applicants in 1928 to represent the brand when the company Fremont Canning decided to sell fruits and vegetables baby food and there were submissions. The baby chosen then was Dorothy Hope Smith of Boston and who was her neighbor’s baby  Ann Turner Cook. Since then, the logo has not been changed.

If you want to create an unforgettable logo, check Tasmimak.