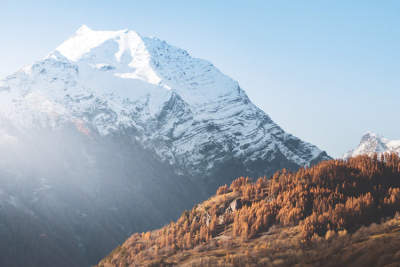 Matte digital painting is one of the charming visual effects and it is the original technique of effects in the digital painting. It has been very common in film making and traditionally, it would be the painting over the glass. Then, it has gone through a transformation process to be live-action work. On the set, that was filmed or it would be added later in the editing phase of the film. Recently, they started to apply it through the film in the shooting phase. Digital Matte Painters would be having a very appealing form more than you can imagine. They would be able to be applied in all the phases of the production and it can start from the concept of work to the small patches that would be added in the end. Matte painters would be having many titles as the “ Environment Artist” or the ‘ Set Extension Artist”. They would even have several specialties according to the branch that they are specialized in as concept art or concept lighting.

Matte Paint would be carried through the replacement of the objects in the background and they would be far away that would be rendered out to be in full 3D or they would be replacing the skies to be showing more artistic directed clouds or to show changes in the weather. Original examples of the Hand Painted on glass Matte Paintings has been very common and done by Artists at Lucasfilm, The First for the Movie "Star Wars - Episode 6 - Return of the Jedi" and the other for "Indiana Jones - Raiders of the Lost Ark"

It would be starting with choosing footage that would be showing the wind blowing and it would e showing its effects on long grass. It would also show the mountains from distance. There would be no movement in the camera. The main objective of the digital matte would be to reflect that there would be movement and there would be using pf particles to be an interesting shot.

After choosing the picture through the Google Image search as a basic search. You can start using the size larger to go for more than 4mp which is  (2272x 1704)”. It would be to increase the size. A Matte Painting generally is twice the size needed for the final output. So if it is 1920x1080 (standard HD) the DMP needs to be 3840x2160. This is an important input as it would be reflecting more pixels to the painter that he can use to create subtle effects. Another searching for images would be through the free images websites and check the usage rights.  Afterward, you would be placing the frame in the live-action and thus, the entire image would be set altogether. The benefits of the Digital Matte

Digital matte would be having different benefits as it would be adding more life to the pictures and even when they would be looking unrealistic. Matte Painting still has been cohesive and feel like it could be real. It must blend seamlessly with other aspects of the production. Every image issued would not match the other image but they would be creating a live-action plate and color grading that adds to the charming look of the scene. Before considering the digital matte, then consider the hue and the saturation of how the light and the dark images would be affecting the image. Consider the fitting of the image with light and the size as well as the scale. The light angels and darkness should all be considered and the saturation of lights and the brightness.

Once you get settled with the base of the picture and then consider the foreground as the next step as you can hide and show some aspects of the picture. The quality of life would be important as it would be the main element to reflect reality and influence the viewers. You can add birds in the sky, old fences, grass with different color hues, and more. These all aspects would be adding to adding more of reality to the picture. What’s astonishing is digital matte is used in almost all movies nowadays and is heavily used in science fiction movies, action, and horror. After you carry the first digital matte, you would be analyzing the movies that you watch. However, you will still be inspired by the creativity and the level of fitness of the pictures.

Check Tasmimak for more creative content and perfect utilization of the digital matte in many of the pictures that are tailored made according to your preference. It shall add more to the livability and the reflection of reality to your pictures.